The United Arab Emirates (UAE), with around 10 million inhabitants, are served by just under 400 printing companies. Like many printers all around the world, these firms have often been having to struggle with economic problems, and the Coronavirus pandemic has exacerbated this situation. This makes it even more interesting that a print service provider such as United Printing & Publishing (UPP) has bucked the trend and grow. Deutscher Drucker and print.de have gathered information from reliable sources in the UAE print industry about the company’s development.

United Printing & Publishing was founded back in the 1970s as Emirates Media Inc. Today, UPP belongs to the government owned Abu Dhabi Media but since 2006 has operated as an independent unit within the group. An important milestone for UPP was that in 2013 they began to proactively diversify their business. There were two strands to the diversification. The first was printing itself. So, today, the company is no longer active in just the magazine, newspaper and commercial printing markets but in other areas of printing such as book and security printing. In 2017, UPP secured a long-term printing contract for the production of school books for the UAE which are being printed on a 100% recycled paper from a German mill. The company is now also involved in outdoor advertising and in the printing of signs and building wraps. Additionally, through the acquisition of the logistics company Tawzea, UPP is now active in another major sector business besides print. Across all its areas of business, UPP now employs around 2,000 people.

The growth strategy is ongoing

The company is led by the General Manager Ali Al Nuaimi who has increased the turnover massively over the last five years. He has brought many experts into the company and formed teams that are constantly pushing back performance boundaries, but he has also invested in the latest technology.  The UPP press halls house presses from Koenig & Bauer, Manroland, Komori and Heidelberg. Print quality is at a very high level and in recent years UPP has won trophies each year in the WAN IFRA Asian Media Awards.

International expansion has accompanied the dynamic growth of the company. UPP is now active in over 30 countries worldwide, principally in Africa and the Middle East. For African countries it is mainly printing school and electoral materials. The company also works for major customers in Europe, including Germany, primarily in the field of smart cards.

In 2020, the company gained ISO 14298 certification for the management of security printing processes at the central bank level, becoming the second printer in the six countries of the Gulf Cooperation Council to do so. We understand from sources that the company will shortly take over the printing of identity cards and passports for the UAE. This is a major gain for the company considering that the existing business of identity cards was long held by the industry giant, Thales.

Over the coming months the company should take advantage of the outstanding vaccination rate in the United Arab Emirates, which, in mid-April, following Statsta stood at around 90 per cent. Our sources tell us that that the company might move soon into the packaging sector considering that it has merged well and with the fact there is no major packaging converter in Abu Dhabi.

The figures at UPP are clearly on the up, considering that the company currently has over 40 new vacancies posted on its website. The smart linking of print, packaging and logistics offers a host of possibilities here.

For further info on UPP: https://www.upp.ae 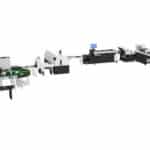 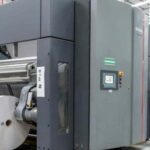 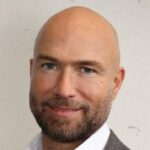 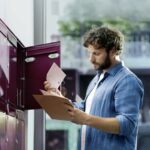 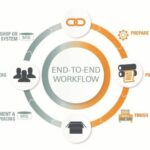